We detected that you're using an older version of Internet Explorer. please upgrade IE 11 or later

Alternatively, you can install and use these secure and newest browsers: Chrome | Firefox | Safari for MacOS | Edge for Windows

I remember one particularly hot Friday in the office, as I sat down to review some radiographs with a toddler and her mother, I was called out of the exam room by one of our staff members, who had a particularly concerning look on her face. It turns out we had not one, not two, but three patients we needed to fit into our already occupied schedule for the day because of pain and concerns of “dark spots on their x-rays.” It’s raining radiolucencies, I thought to myself, there must be something in the water. All sarcasm aside, it was both concerning and interesting to see such a relatively rare event become so ubiquitous. In the end, all went well and everyone was accommodated, with two cases I’d like to share below:

Case 1:
A 20-year-old male presented to our facility with a referral for a painful radiolucency of the right posterior mandible. Other than a two-year history of tobacco use, his past medical and surgical histories were unremarkable. On clinical exam, there were no mucosal changes, no palpable buccal or lingual swelling, and tooth #29, #30, #31 tested vital with no mobility, probing depths distal to #31 measured 7-8mm. On CBCT examination, the lesion exhibited a well-circumscribed, regular bordered radiolucency approximately 25mmx18mm in its greatest dimension in the right posterior mandible directly adjacent to #31. The lingual cortical plate was violated, however, the roots of tooth #31 remained intact. Additionally, the inferior pole of the lesion was contiguous with the superior aspect of the Inferior Alveolar nerve canal, but did not displace the nerve/canal (Figure 1). Tooth #32 was missing and, per patient report, had never developed. Differential diagnosis based on location and demographics included Dentigerous Cyst, Odontogenic Keratocyst, Ameloblastoma, Myxoma and Hemangioma in order of most to least likely diagnosis. After the risks, benefits and alternatives were discussed with the patient, he elected to undergo excisional biopsy under IV General Anesthesia.

A modified sagittal split-type incision was made in the right mandibular quadrant extending up the external oblique ridge and anterior ramus. A full thickness mucoperiosteal flap was reflected until the proposed site was sufficiently exposed. An 18-gauge needle and syringe were used to aspirate the lesion prior to excavation, which returned straw-colored fluid, confirming this was NOT a vascular lesion. A round bur under copious irrigation was used to unroof the superior aspect of the right mandible until a cystic lining was revealed. A series of straight and angled curettes were used to carefully enucleate the mass from the bony cavity and from the inferior alveolar nerve canal. The lesion was removed in its entirety without perforation of the lining (Figure 2). The residual defect was examined, and the borders were smoothened with a fine bone file and a limited peripheral ostectomy was performed in the distal and buccal aspects of the residual cavity. The distal root of #31 was also scaled thoroughly in the event of residual remnants of the cystic lining arising from a dentigerous origin. The wound was then copiously irrigated with sterile saline and closed in a double layered fashion with resorbable suture material (Figure 3).

Histopathologic report from an Oral & Maxillofacial Pathologist revealed a uniform cystic lining with surface parakeratin and palisading nuclei consistent with an Odontogenic Keratocyst.

Case 2:
A 19-year-old female presented with a one-week history of pain and swelling in the right mandibular quadrant. Her Medical and Dental History were unremarkable. On clinical exam, the ginigva in the area of the right retromolar pad was erythematous and tender to palpation. On radiographic exam, a well-circumscribed, regular-bordered radiolucency was noted 18mmx15mm in its greatest dimension. Tooth #30 and #31 were vital on testing, and did not exhibit sensitivity to percussion. Probing depths distal to #31 were 2-3mm. Similar to case #1, the lingual cortical plate was violated and the roots of tooth #31 remained intact. After discussion of the risks, benefits and alternatives, she elected for excisional biopsy of the lesion under IV General Anesthesia. The surgery was undergone in a manner identical to Case #1, with the following exceptions: The Inferior Alveolar nerve and tooth roots of #31 were not largely involved with the lesion and therefore a peripheral ostectomy was feasible in all areas of the residual cavity. The patient was then closed in a double-layered fashion with resorbable suture material and allowed to recover from general anesthesia in the usual manner.
Histopathologic report from an Oral & Maxillofacial Pathologist revealed a uniform cystic lining with surface parakeratin, palisading basal nuclei and moderately intense inflammatory infiltrate consistent with an Inflamed Odontogenic Keratocyst.

Discussion:
Of all the Odontogenic Cysts in Oral Cavity, the Odontogenic Keratocyst holds the record for both the most aggressive as well as the most recurrent. In 2005, the World Health Organization (WHO) renamed the Odontogenic Keratocyst (OKC) to the Keratocystic Odontogenic Tumor (KOT) to reflect its aggressive nature. However, due to the clear histologic evidence of its cystic lining, the term has not been accepted well in the community, as reflected in most recently published literature. Irrespective of the name, the idea that a cyst can behavior more like an aggressive tumor should shed some light on the pathophysiology of this all too common disease. Previously, attention was focused on the origin of the cyst, whether primordial (from the dental lamina or basal cells) or dentigerous (from the reduced enamel epithelium of a tooth) in origin. However, more attention should be given to the keratin lining, which gives us insight on the likelihood of recurrence. It’s now clear that OKCs with a parakeratinized layer behave more aggressively and should be followed more closely for signs of recurrence. Because the fibrous wall of the cystic lining can contain “daughter cells” or “satellite” lesions that can precipitate new OKC formation, the recurrence rate for this relatively benign disease can approach as high as 30%. It is for this reason that close radiographic surveillance is warranted, ideally for ten years or more. Prognosis for this all too common disease, however, is excellent, as the lesion is unlikely to destroy roots, does not exhibit neurotropism, and does not have a propensity for rapid proliferation. As always, early detection and treatment are key to a successful outcome. 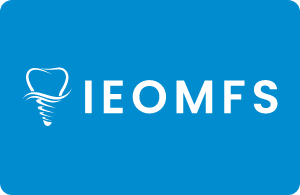 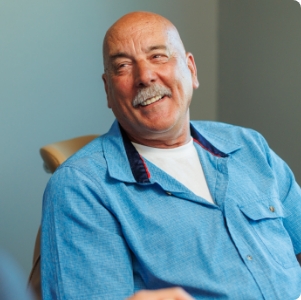 “I had an absolutely amazing experience here! I’m very nervous and scared of going to the dentist but they made me feel so warm and welcome!”

Please be aware that this is not a secure email network under HIPAA guidelines. Do not submit any personal or private information unless you are authorized and have voluntarily consented to do so. We are not liable for any HIPAA violations. Understand that if you email us, you are agreeing to the use of an unsecured method and understand that all replies will be sent in the same fashion, which you are hereby authorizing.

By checking this box you hereby agree to hold Inland Empire OMFS, including it’s doctors and affiliates, harmless from any hacking or any other unauthorized use of your personal information by outside parties. By checking this box, you also agree to receive email communication from Inland Empire OMFS, including its doctors and affiliates.